The Westchase Charitable Foundation (WCF) and the parade’s presenting sponsor, World of Westchase (WOW), are pleased to hosts each year Santa aboard his vintage fire truck rolling through the streets of Westchase. The official line-up location of the parade has always been in Abbotsford because the Foundation’s founding members, Dan O’Brien and Ralph Caputo originally started the parade on their “home” street.

After the parade begins, the first stop is the Vineyards and then almost every street is covered sometime between 2:00 p.m. to 8:00 p.m. The festivities culminate in West Park Village with Santa stepping down from his fire truck and lighting the huge Christmas Tree just outside of Catch 23.

Along the parade route, residents are encouraged to plan block parties and donate unwrapped toys or gifts to children in need around the Tampa area. Each year over 1000 toys and gifts are collected from Barbie’s to bicycles, clothing and blankets 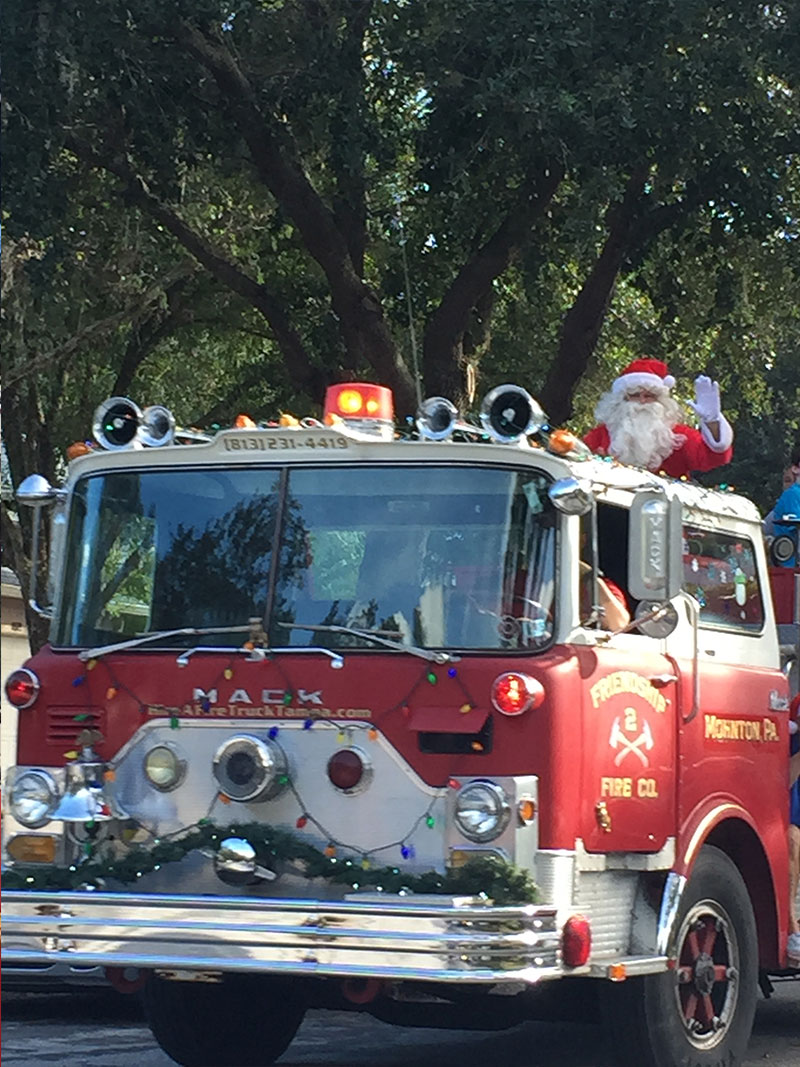 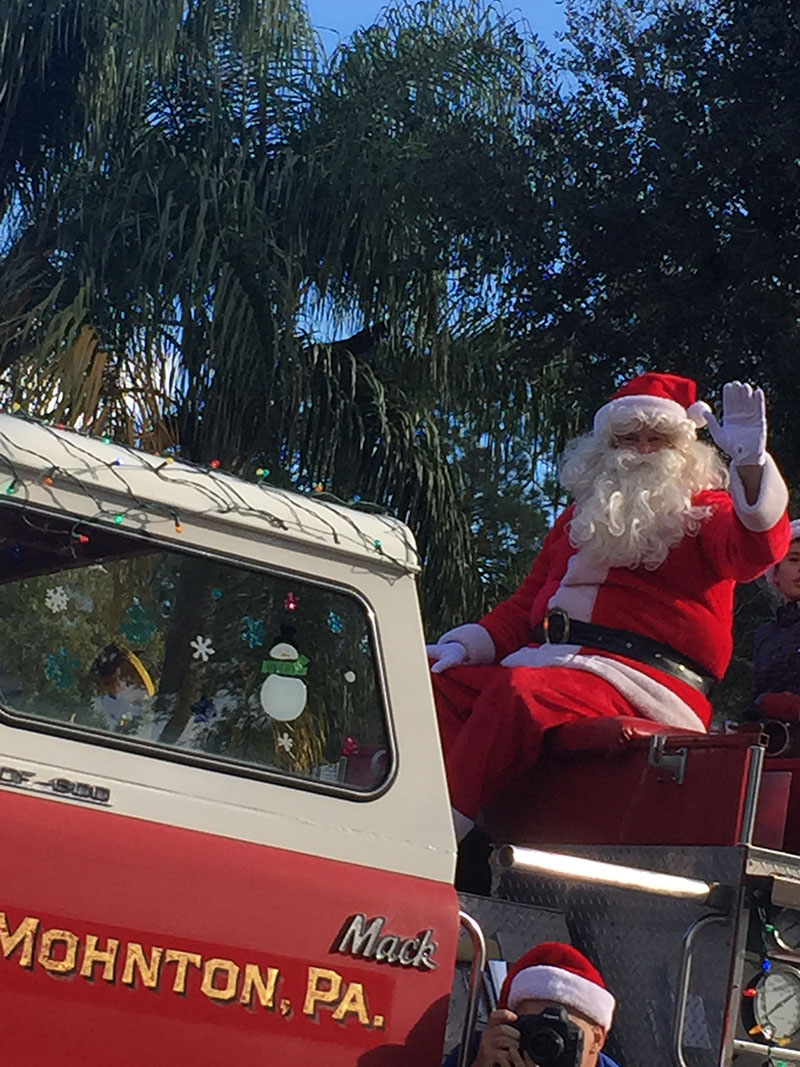 Show your support for families who have either children or parents battling a serious illness or lend a helping hand to people in the community and beyond who are faced with a family tragedy.